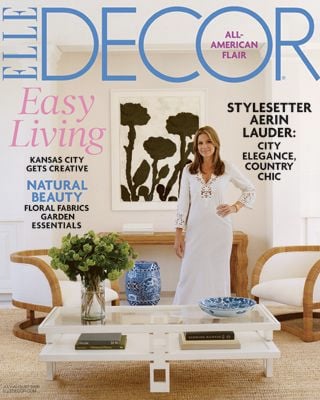 A partner at Tran + Thomas Design Studio, Carmen began working with Jill in April, although the two formally announced their partnership just last week. Respected for her work as a commercial interior designer, Carmen brings a fresh perspective to the firm. Below, she answers a few questions about herself and her style as an interior designer.

Tell me a little about your background as an interior designer:
I’ve had a passion for interior design for many years. As a child, I would spend time envisioning my dream room…and would draw out where the walls, windows and furniture should be… reworking it over and over until it was just right.  I would also rearrange the furniture in my bedroom at least once a month, each time revising the placement, so it was a little better than the time before.  While I was in high school, my parents began designing a new, custom home. The design/build process fascinated me. I found myself attending the weekly design meetings alongside my parents and the architect, putting my two cents in regarding the space planning and design.  In fact, the dream room I’d been perfecting over the years became a reality when they integrated my design (windows and all) into the plans. My interest in design continued in college where I studied Fine Arts at The University of Arizona and business and interior design at Kansas State University.

My first position out of school was working as a designer for Winntech, a local design/fabrication company.  As a designer there, I did custom designs for restaurants, retail displays, new products and exhibits.  In my first year there, I assumed the position of lead designer of both a new restaurant and a night club located in Topeka, Kansas. You could definitely say I was thrown into the fire. My successes at Winntech brought me several design awards and confirmed that I had the talent and passion to continue in the design field.

Following my work there, I took a position with another design/fabrication shop (Dimensional Innovations) where I created custom lighting, signage and fixture design. After that, my next two positions, respectively, were as an Interior Designer and Senior Interior Designer at the architecture firms, Gould Evans and Populous (formerly HOK Sport Venue Event). In addition to working for these firms, I also provided interior design for restaurants and corporate offices on a contractual basis.

What kinds of interiors have you designed?
Over the years, I’ve designed a number of spaces, including some in each of the following industries: hospitality, retail, corporate, exhibit and sports.

When presenting your portfolio, which projects are you the most proud of?
If I had to choose a project I enjoyed working on the most, it would have to be my position as Lead Interior Designer on the new Amway Arena, home of the Orlando Magic, while working for Populous. For the arena, I created bars, restaurants, retail and hospitality lounges, as well as suites, locker rooms and the team’s onsite training facilities, while working alongside some very talented architects. The end result was a $480 Million, 17,000+ seat, LEED Gold Certified arena, which opened to rave reviews in October of 2010. The project has since won design awards, and the design team continues to receive accolades from the mayor and the city of Orlando.

How would you describe your style?
Well, sometimes it’s imaginative and playful, but other times it’s sophisticated and elegant. Those who’ve been guests in my home would probably say it’s a combination of all four. Although I have have my own design taste, I strive to create spaces that are always the best representation of my clients’ preferences.

Where do you find inspiration as an interior designer?
I find inspiration in a number of places. In our line of work, it’s important to keep our eyes open.  Innovation in one industry or arena can often translate into great design ideas for our installations. We don’t limit ourselves to what’s available in showrooms or what’s featured in magazines…there can be great inspiration in exotic locations or right in your own hometown.

Any hobbies or interests?
I enjoy staying active. My hobbies include tennis, motorcycling, photography, boating and traveling. Below are some photos I took while on a recent trip to Colorado. Built on the foundation of a 30-year, family-owned Interior Design business, Jill Tran and Carmen Thomas opened Tran + Thomas Design Studio in 2011 bringing a combined 36 years of experience to their projects. They work on both residential and commercial projects across several styles. Interested in their services? Call (913) 268-9595 or schedule a consultation below.

The Elegance of Faux Finish

Create an Eye-Catching Focal Point with your Fireplace

Wallpaper is the trend that’s sticking around, & here’s why

Tran + Thomas’ Fabulous BEFORE AND AFTER Projects!

The Stains of Summer

What is trending now!